Engaging essays written from 2007 to 2013 for the Open Democracy website, on all aspects of China as it rises to global prominence.

With a foreword by John Keane 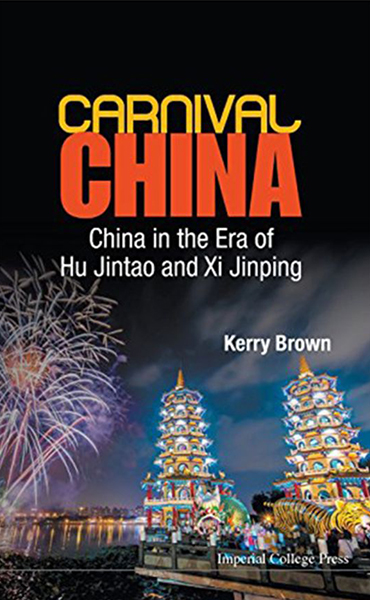 The era of the Chinese leaders Hu Jintao and Wen Jiabao was one in which China became richer, more powerful, more prominent and more vexed. This series of essays, originally published on the Open Democracy website between 2006 and 2013, attempts to make sense of the cultural, political and economic dynamics within which China operates. They deal with internal and external matters, and cover a range of topics, from the fall out over the award of the 2010 Nobel Peace Prize to Liu Xiaobo to the build-up in 2008 to the Beijing Olympics. Furnished with a comprehensive introduction which sets out an assessment of where China was heading in the first and second decades of the 21st century, the essays encompass voices from the political elite, the migrant labourers and the complex patchwork of groups, people and interests that constitute a rising China whose influence is now felt across the world. Carnival China is a celebration of the confusion, dynamism and colour of China, presented through short essays which were written at the time key events happened and which capture and analyse the country’s contradictions and complexities.

Fascinating and pleasurable to read in equal measure, it is a political anthropology of contemporary China that represents much more than an alluring chest of treasured observations of the bamboozling ins and outs of social and political trends in contemporary China. His smart and discerning study of the carnival called China spotlights the many ways China’s global ambitions are held back by confusions and contradictions at home’

The tone and layout of Carnival China works well for the non-specialist reader. For those who want a quick fix of knowledge, filtered through the mind of an astute political pundit, passionate Sinophile and Mandarin-speaking specialist, Carnival China definitely deserves a quick read.