Mao Zedong may long be dead – but his influence lives on, through the lively and sometimes almost fanatical support of followers, influential even to today. This book looks at why, and how, Mao remains a potent force on contemporary China. 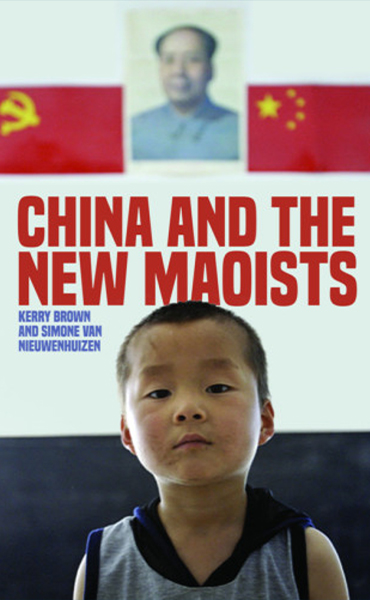 Forty years after his death, Mao remains a totemic, if divisive, figure in contemporary China. Though he retains an immense symbolic importance within China’s national mythology, the rise of a capitalist economy has seen the ruling class become increasingly ambivalent towards him. And while he continues to be a highly visible and contentious presence in Chinese public life, Mao’s enduring influence has been little understood in the West.

In China and the New Maoists, Kerry Brown and Simone van Nieuwenhuizen look at the increasingly vocal elements who claim to be the true ideological heirs to Mao, ranging from academics to cyberactivists, as well as at the state’s efforts to draw on Mao’s image as a source of legitimacy. This is a fascinating portrait of a country undergoing dramatic upheavals while still struggling to come to terms with its past.

A must-read for those looking to get a better understanding of China’s recent history and its internal politics.
LSE Review of Books

The resurgence of neo-Maoism in China is by turns fascinating, puzzling, and disturbing. China and the New Maoists is a lucid and absorbing account of the Party’s fumbling attempts, in the authors’ words, to “extricate itself from the quagmire of neo-Maoism.
Andrew G. Walder, author of China Under Mao: A Revolution Derailed

An extraordinarily concise, informative and insightful account of the legacies of Mao Zedong for contemporary China. Brown and van Nieuwenhuizen have written an essential guide to one of the key political, cultural, social and economic conundrums of China today.
Julia Lovell, author of The Opium War: Drugs, Dreams and the Making of China

An engaging and revealing look at how the battles over Mao’s legacy have shaped politics in China for the better part of a century – and could define its future.
Philip Pan, author of Out of Mao’s Shadow and Asia editor of The New York Times