A comprehensive history of modern China from the revolution of 1949 to the era of Xi Jinping. 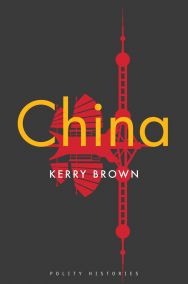 China is poised to become the world’s largest economy in the next decade. But its great struggle to modernise has been one of tragedy, conflict, and challenge. From the first attempts to introduce Western ideas into the country two centuries ago, China’s long march to global primacy has been above all an epic fight to renew an ancient country and culture.

Leading Sinologist Kerry Brown traces this quest for renewal through the major moments of China’s modern history. Taking the reader on a journey that includes war, revolution, famine and finally regeneration, he describes concisely and authoritatively where China has come from, and where it is heading as it achieves great power status. This is a story that is no longer just about China, but concerns the rest of the world