China’s inexorable rise to global prominence is the key geopolitical phenomenon of the modern era – but what does the country want, and how can the outside world make sense of this. This book presents a concise, vivid answer to this set of questions. 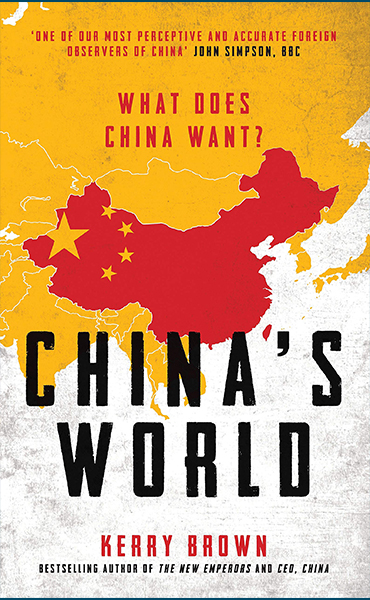 In the next decade China’s actions on the world stage will affect us all. A new superpower, with the largest population and GDP on the globe, there are now fears that China is becoming more assertive. Here, award-winning China expert Kerry Brown guides us through China’s foreign policy, from its skirmishes with US Navy destroyers in the South China Sea to its arguments with Japan over the Senkaku/Diaoyu Islands and its increased displays of military prowess – including huge investments in cyber warfare. Brown also assesses China’s extraordinary plan to create a `New Silk Road’ across Central Asia – one of the biggest infrastructure project in modern history. In doing so he seeks to answer a simple question: what does China want?

The answer lies in the unique way China thinks about the world. A comprehensive analysis by one of the world’s most recognised and respected authorities, and based upon unparalleled research into Chinese leaders, their beliefs and their instincts, China’s World is an essential read for the Western world.