What fate lies in store for China in the 21st century. This book is an early attempt to grapple with this question, informed by life as a diplomat working in China in the first years of the 2000s. 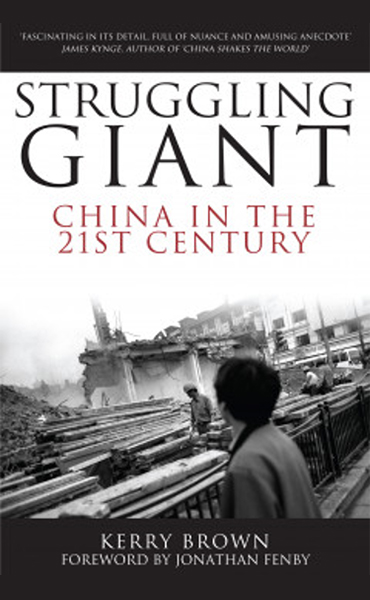 The themes dealt with here include some of the most pressing issues for the Chinese and those who interact with China: the impact of China’s development on the world economic system and on its environment, the likely future stability of China, the very existence of a unified China and the fault lines along which this entity might break apart in the years ahead, and an assessment of the future of the one-party system and what might replace it. Jonathan Fenby’s enlightening foreword perfectly frames this engaging and timely exploration of one of the world’s most fascinating cultures.

Kerry Brown’s long association with his subject as a scholar, diplomat and businessman allow him to make confident, authentic judgements on many of the key China questions.

Offers a broad and challenging view of China, past and present and – venturing where many scholars fear to tread – of its likely future too.

John Gittings, author of ‘The Changing Face of China’

A witty and original book by someone who knows every aspect of China. Everyone will find this a refreshing read.

It says a lot, says it well, leaves you more knowledgeable than when you started, and then promptly exits stage left.

Paul French, author of ‘Through the Looking Glass: China’s Foreign Journalists from Opium Wars to Mao’

The Rise of the Dragon: Inward and Outward Investment in China in the Reform Period 1978-2007

The dramatic story of China’s experience of inward and outward investment through the reform era. 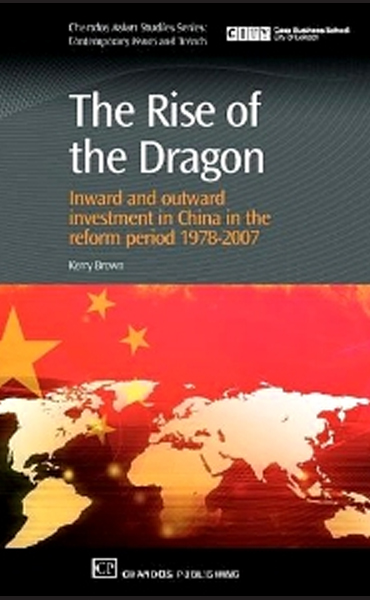 Chinese economic reform has been undertaken through a series of phased reforms. The goal of Chinese economic reform was to generate sufficient surplus value to finance the modernization of the mainland Chinese economy. This book provides an assessment of where investment stands today and it’s likely future role in China. It reviews China’s interaction with the rest of the world as the country advances towards superpower status.

Friends and Enemies: The Past, Present and Future of the Communist Party of China, Anthem Press, 2009

A concise history and analysis of the Communist Party of China – one of the world’s most successful, but least transparent, political forces. 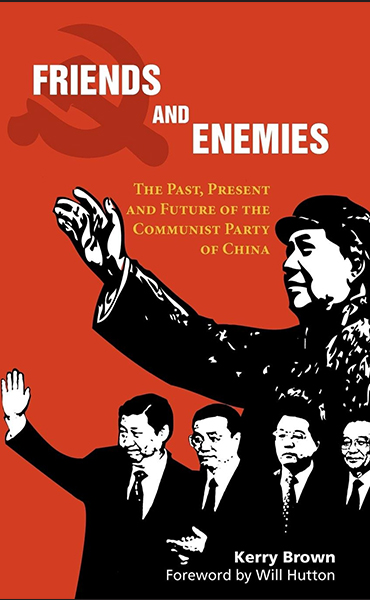 With a foreword by Will Hutton
https://www.anthempress.com/regional-and-area-studies/friends-and-enemies-epub?SID=g16qfub93us91crgjerebd9pg5

‘Friends and Enemies’ delivers a lucid and provocative history of one of the world’s largest and most successful political organizations, the Chinese Communist Party (CCP). Grounding his account in the origins of the CCP, Brown charts its early struggles and the emergence of the leadership of Mao Zedong in the 1930s, before unravelling the role of the Party during the Second World War and the vicious internecine struggle that culminated in the CCP’s ascent to power in 1949.

The narrative tackles the successes and failures of the CCP in the post-war era, analysing this chequered period with a close eye to the internal machinations of the Party, and then boldly considers the prospects of the CCP in the future. Brown produces a forthright analysis of where the Party stands in the 21st century, and assesses its three greatest challenges – energy, the environment and the economy – before culminating in a discussion of the potential for democratic reform and the risks the Party faces while it attempts to become a modern party in charge of a globally important economy.

‘Friends and Enemies’ is based on a combination of research and Brown’s own experiences as a business person and diplomat in China, where he lived for seven years. It has also benefited from the input of analysts of the Party from the UK and US, and from talks with Party officials at senior and working level in China.

Dr Kerry Brown does the business in a brisk, no-nonsense way. For those who want an easy, short and very readable guide to an organisation which has shaped China’s present and could help mould the world’s future, Brown’s book can be warmly recommended.

Chris Patten, ‘The Independent’Brown’s book is an indispensable insight into the party’s mind, culture and history. Unless we understand, we cannot help. And this book helps that understanding.

Will Hutton, excerpted from the Foreword

Anyone who wants to understand China has to understand the Chinese Communist Party and where it is taking the country. This truly insightful guide to the world’s biggest, most secretive and most powerful party is required reading.

A study of the language and events from a unique archive of material during the tumultuous Cultural Revolution in the 1960s in a key region of China. 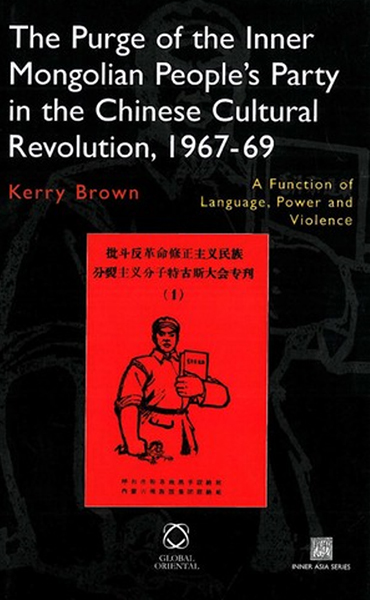 During the Chinese Cultural Revolution from 1967 to 1969, some 16,000 Mongolians died and over a quarter of a million suffered injury during the purge of what was claimed to be a separatist party in the Inner Mongolian region. This study looks at the purge through an analysis of the voices found in contemporary documents – those of Red Guard groups, local leaders felled during the campaign, and the new leaders put in place by the central government in Beijing. At the heart of this was the struggle for domination by a central government asserting national unity, opposed to any expression of local particularities in Inner Mongolia. The author examines the discourse strategies by which central government attempted to impose total control , asserting a dominant ideology and narrative based on Marxism-Leninism. The volume offers a unique insight into the relationship between language and culture of political power in modern China, at a time of crisis and violence.