“Shanghai 2020” by Kerry Brown provides a personal story of engagement with the great ambitions of Shanghai, albeit for only a tiny moment of this great story as it unfolds. The book was showcased as promotion for the city at the Conference on Interaction and Confidence Building Measures in Asia held in Shanghai on May 20-21 2014 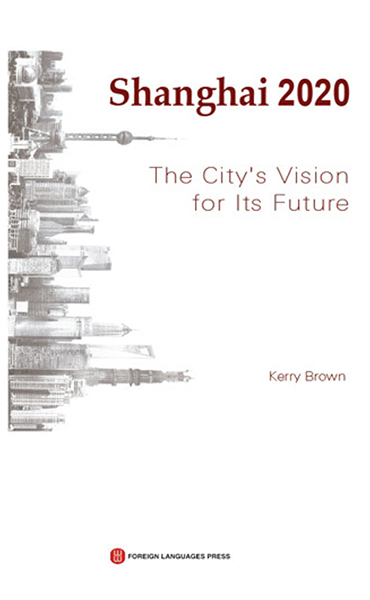 The book shows Shanghai a city in a country which is engaging with modernity in ways which have utterly reshaped its economy and society since the start of the reform and opening up process more than three decades ago.

“Shanghai 2020” explains how the city is returning to its historic role as a great crossing point, a window for the world into China and for China onto the world – a place where east meets west, but where the east also meets itself.

The book reveals Shanghai has one of the best healthcare systems, some of the best universities, some of the most innovative companies, and an economy that is quickly moving towards the service industry rather than manufacturing. Those that come to the Bund to gaze over the modern skyline of the city often feel like they are looking not just at the present, but at the future, and at what the rest of the country wishes to become in a few years.

Shanghai’s attraction also lies in the fact that it embodies the atmosphere and spirit of China in its experiments with reform, the book reads. And in this sense, it carries a meaning which resonates with both Chinese and foreigners. The launch of the China (Shanghai) Pilot Free Trade Zone in September 2013, in particular, holds great prospects as the Chinese economy becomes more market-focused.