A vivid peek behind the screens of power in Beijing to reveal the background, and lives, of the key figures during the early period of Xi Jinping’s rule. 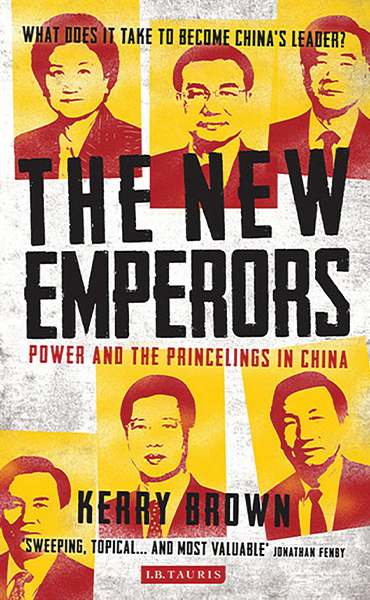 China has become the powerhouse of the world economy and home to 1 in 5 of the world’s population, yet we know almost nothing of the people who lead it. How does one become the leader of the world’s newest superpower? And who holds the real power in the Chinese system? In The New Emperors, the noted China expert Kerry Brown journeys deep into the heart of the secretive Communist Party. China’s system might have its roots in peasant rebellion but it is now firmly under the control of a power-conscious Beijing elite, almost half of whose members are related directly to former senior Party leaders. Brown reveals the intrigue and scandal surrounding the internal battle raging between two China’s: one founded by Mao on Communist principles, and a modern China in which ‘to get rich is glorious’. At the centre of it all sits the latest Party Secretary, Xi Jinping – the son of a revolutionary, with links both to big business and to the People’s Liberation Army. His rise to power is symbolic of the new emperors leading the world’s next superpower.

Lecture in 2014 at the Australia Institute for International Affairs, Sydney, on the Networked Leadership, based on the book: https://www.youtube.com/watch?v=c22rrfMeiEo