An accessible and topical overview of one of the most sensitive issues on global affairs – the issue of Taiwan and its relations with Mainland China. 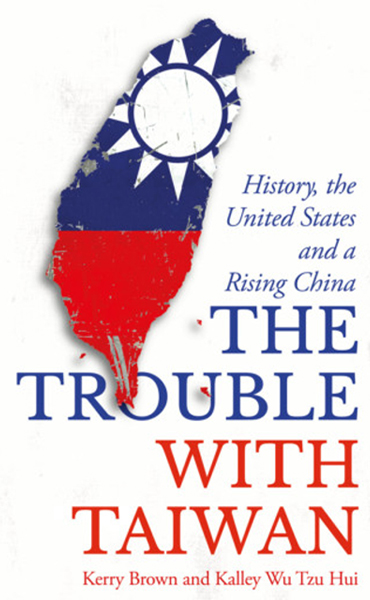 `Taiwan is one of the great paradoxes of the international order. A place with its own flag, currency, government and military, but which most of the world does not recognise as a sovereign country. An island that China regards as a ‘rebellious province’, but which has managed to survive defiantly for decades. Now with its neighbour China a major power on the world stage and ally United States looking increasingly inward, Taiwan’s position has never been more precarious.

Kerry Brown and Kalley Wu Tzu-hui reveal how the island’s shifting fortunes have been shaped by centuries of conquest and by a cast of dynamic characters, by Cold War intrigue and the rise of its neighbour as a global power, explaining how this tiny island, caught between the agendas of two superpowers, is attempting to find its place in a rapidly changing world order.

The Trouble with Taiwan relates the story of a fascinating nation and culture, and how its disputed status speaks to a wider, global story about Chinese control and waning US influence.

‘Taiwan is one of the most important but least understood places in Asia today. This book provides an invaluable introduction to this potential flashpoint for future conflict between the US and China, while centring Taiwanese people in their own story as they attempt to take control of their own futures in the face of ever greater pressure from Beijing. As China’s military and diplomatic power grows, Taiwan is on the frontline in standing up to Beijing and asserting its rights for autonomy and democracy.’
James Griffiths, author of The Great Firewall of China: How To Build and Control an Alternative Version of the Internet

‘By marshalling history, biography, internal politics, and international affairs, Brown and Wu Tzu-hui address the very ‘trouble’ they describe: they help situate a Taiwan whose “place” in the world is otherwise plagued by uncertainty.’
Benjamin Zawacki, author of Thailand: Shifting Ground Between the US and a Rising China